The Heart and the Vision

Zoe Grant, moved from her birthplace Denver, Colorado to Temple, Texas in 2016. Temple is the stomping ground of her parents and many other family members and after the passing of her mother in Denver she had the urge of being closer to her relatives in Temple and to learn more of her heritage. After many years of wondering what her purpose for moving to Temple was all about, she became very fond of the area and the slower pace from back home, and definitely the escape from the cold winters.

The Grants and Blockers grew up on the Eastside of Temple on 20th Street. There is so much history of the family in the Crestview area and it brought back memories of visiting in her younger years. I fell in love with Temple and proud to call it home.

Seeing a lack of revitalization of housing and economic development on the East side of Temple, Zoe recognized the need for building restorations, morale, beautification of neighborhoods, and empowerment for the residents was needed. This sparked a heart’s desire for her to do more for the community. The founding of Zoё’s Wings Foundation, Incorporated came into fruition from that desire.

Ms. Grant’s work on the Stapleton Redevelopment of the old Denver International Airport as well as her work on the Lowry Redevelopment of the Lowry Air Force Base which became a , Work and Play Community has inspired her to incorporate some of the proven ideas to the Temple area. Temple has great parks and recreation and her vision is to tie affordable developments to them in some way and to incorporate some open space within the community.

After many visits and telling the family “I’m coming to Texas” she had her eye on the property across from Wayman Manor at least four years prior to moving here. Once Zoe settled the purchases of the land began. Super excited of hearing the news of Steel Properties’ potential purchase of Wayman Manor to improve the deteriorating building the heart began to pump a little faster. Is this really happening? Ahhh, yes!

Transportation also is a concern for the area and Zoe’s hope that more rooftops will bring grocery stores, restaurants and entertainment to the area for closer proximity for walking or shorter driving distances and employment for the community.

Wed have found the need is similar in most low-to moderate income areas in any city and we realized we could take this concept to any city and make a difference.

So how do we fix the problems with deteriorating homes? Homeownership and bringing education to the people is an important key to maintaining homes. Bringing affordability to the residents with welcomed programs will cut back on some of the rental homes. It’s inevitable that homeowners take care of what they own. Community makes families more prideful and will encourage their working with the city programs. We will work diligently to bring wealth, health and safety back to the urban and inner city areas of Central Texas.

And the LORD answered me, and said, Write the vision, and make it plain upon tables, that he may run that readeth it. Habakkuk 2:2 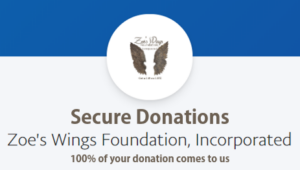 Zoё is Greek Origin with the meaning of Life

Get a Lift on Life

One house, one family and one block at a time!